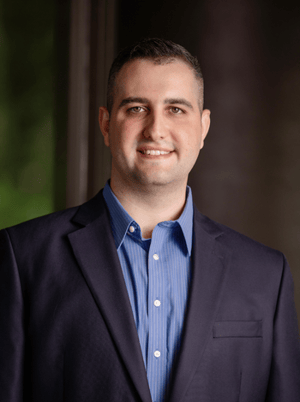 Steven leads TradePMR's trading team, which is responsible for assisting RIAs in all trading functions in the Fusion platform. His team works directly with advisors to support order entry, model rebalances, trade error corrections, and all other trade-related requests. Steven is also accountable for TradePMR's annuities department. Steven joined TradePMR as an intern in 2015 and has served as an associate in the Cashiering and Trading departments. Most recently, Steven worked as a Business Operations Analyst focusing on streamlining the Operations department's day-to-day workflows and further developing TradePMR's vendor relationships.

Steven has also served in the Florida Army National Guard since 2012, where he currently holds a position as an Engineer Officer. He has earned numerous security licenses, including a Series 99, 7, 4, 24, 52, 53 and his Life, Health, and Variable Annuity License. He is based out of TradePMR's Tampa office and lives in Palm Harbor, Florida, where he lives with his wife, Emily.

Copyright 2020, Trade-PMR, Inc.
Securities offered through Trade-PMR Inc, Member FINRA/SIPC. Custodial Services provided by First Clearing. First Clearing is a trade name used by Wells Fargo Clearing Services, LLC, Member SIPC, a registered broker-dealer and non-bank affiliate of Wells Fargo & Company.
Trade-PMR, Inc. is registered with the Securities and Exchange Commissions (SEC) and the Municipal Securities Rulemaking Board (MSRB). The MSRB website address is www.MSRB.org. The MSRB provides a link to an investor brochure that describes the protections that may be provided by the MSRB rules and how to file a complaint with the appropriate regulatory authority.
Market volatility, volume, and system availability may impact account access and trade execution.
By accessing this website, you agree to the TradePMR’s Internet Privacy and the Use of Cookies. Please see Privacy Policy for the TradePMR’s Internet Privacy and the Use of Cookies.